In support of the Land Titles Initiative, the Honourable Corrine Sparks and the Honourable Valerie Miller (retired), have been appointed as commissioners to adjudicate disputes. Lawyer and community leader Angela Simmonds has been named as the executive director of the Accelerated Land Titles Initiative and will lead the work across the various government departments involved. 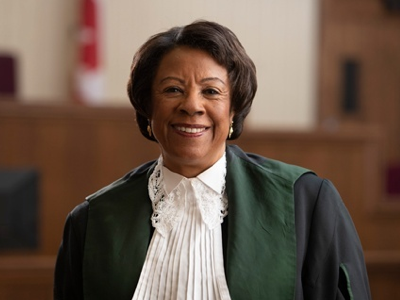 Judge Sparks grew up in the historical and racially segregated community of Lake Loon outside of Dartmouth. The daughter of humble, religious and devoted parents, Helen and Spencer Sparks, and the descendent of Black Loyalists and Black Refugees, she is the eldest of nine children. Judge Sparks attended Mount Saint Vincent University, from which she earned a degree in Economics in 1974. She then went on to pursue a Bachelor of Laws degree from Dalhousie University where she was one of only three African Nova Scotians in her incoming class of 120 and the only Black woman. She graduated in 1979. In 2001, she earned a Master of Laws degree from Dalhousie. Her thesis focused on reparations for the residents of Africville — an African Nova Scotian community founded in the north end Halifax that was demolished by the city in 1969.

As a sitting judge in the Nova Scotia Provincial Court, Judge Sparks has presided in Family Court in Dartmouth, Truro, Shubenacadie, Windsor and Kentville where she has been devoted, almost exclusively, to adjudicating family court matters relating to issues of custody, child and spousal support, access, and infant protection.

In 1995, Judge Sparks heard the landmark case R v S (RD), in which a 15-year old Black teenager was accused of hitting a police officer with his bicycle while the officer was attempting to arrest another person.  Judge Sparks acquitted the defendant.  In her decision, she explicitly referred to the "prevalent attitude of the day" as social context relevant to the ruling. The Crown appealed, arguing that Judge Sparks was biased in favour of the defendant. The Nova Scotia Court of Appeal agreed. However, the Supreme Court of Canada decided in favour of Judge Sparks, finding that her comments "did not give rise to a reasonable apprehension of bias."

During her career as a lawyer and as a judge, Sparks has worked to further equity in Canadian law. In 1993, Judge Sparks served on the Gender Equality Task Force of the Canadian Bar Association. Throughout her career she has participated in and led seminars in the area of social context training with the New Judges’ Program, National Judicial Institute, Commonwealth Judicial Institute as well as the International Association of Women Judges (Canadian chapter).

Judge Sparks was a 2015 inductee of the Bertha Wilson Honour Society, which recognizes alumni of the Schulich School of Law, in honour of Bertha Wilson, the first woman on the Ontario Court of Appeal and the first female Justice of the Supreme Court of Canada. Judge Sparks has also received the Lillian Fish Award from the National Association of the Women and the Law, as well as awards from the Elizabeth Fry Society, the Canadian Bar Association, and The Congress of Black Women. In addition, the Dalhousie Black Law Students’ Association established the Judge Corrine Sparks Award in honour of the outstanding contributions to the legal community made by Judge Sparks. In 2020 she received Dalhousie’s prestigious Schulich School of Law Weldon Public Service Award. 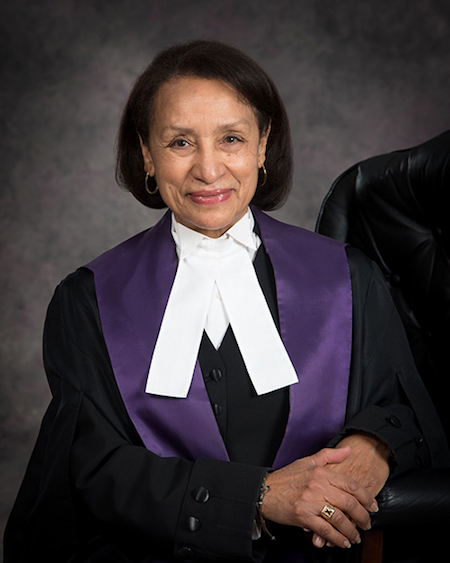 In 1975, she received a Bachelor of Education from Dalhousie University and then taught mathematics in several schools in the Cole Harbour area of Halifax County. In 1982, she returned to Dalhousie University to study law. She obtained her LLB in 1985 and was called to the Bar of Nova Scotia in 1986.

The Honourable Valerie Miller QC practiced law in Halifax with the federal Department of Justice in the area of fiscal law and tax litigation from 1986 to 2007, and in 1992 she became the Director of Tax Law Services.  During this period, she was a member of numerous committees including the Nova Scotia Barristers’ Society Discipline Hearing Committee, Tax Court of Canada Bench and Bar Committee, Canada Revenue Agency Legal Risk Management Committee. She also acted on the Board of Governors for the Nova Scotia Art Gallery and the board of directors for Phoenix Youth Programs. She appeared as a speaker on many occasions at the Atlantic Tax Conference, Canada Revenue Agency training sessions and Department of Justice conferences.

The Honourable Valerie Miller QC was the first black female lawyer in Nova Scotia to receive her Queen’s Counsel designation. She received her QC in 2002.

She was appointed a justice of the Tax Court of Canada in 2007 and she presided over numerous appeals under the Income Tax Act, Excise Tax Act and Employment Insurance Act in all provinces in Canada except Quebec. She retired on June 1, 2017.

The Honourable Valerie Miller QC is active in the Black community, speaking at the Black Cultural Centre, the African Orthodox Church in Whitney Pier, and as a panelist during the 2019 Annual Conference of the Black Law Students’ Association of Canada. 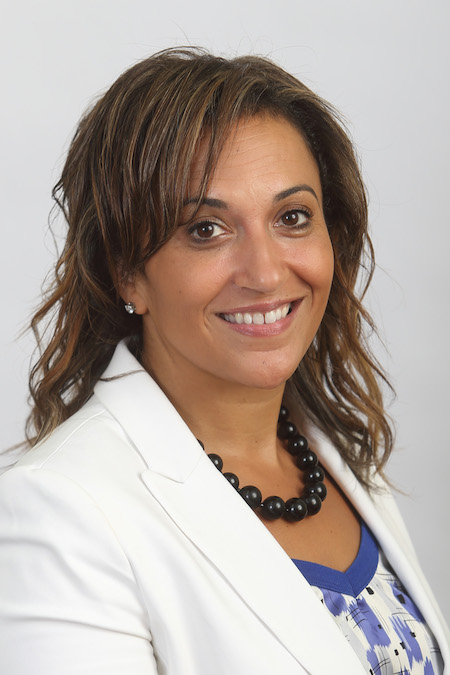 Angela Simmonds is from Cherry Brook, Nova Scotia and now resides in North Preston. Angela is a graduate of the Schulich School of Law at Dalhousie University. She is the Managing Lawyer of the Equity & Access Office at the Nova Scotia Barristers’ Society, where she is responsible for managing initiatives that promote cultural competence, equity, diversity and inclusion, addressing access to justice. She has over a decade of experience in equity, inclusion and diversity across business, not-for-profit, and government sectors.

In the summer of 2014, the Nova Scotia Barristers’ Society hired Angela to carry out a community-based research project on North and East Preston residents’ concerns that their land was being expropriated by the Halifax Regional Municipality. As a result of her research, Simmonds wrote a report titled, “This Land Is Our Land: African Nova Scotian Voices from the Preston Area Speak Up.”  Her work on the complicated issue of land titles with the North Preston Land Recovery Initiative is featured in the Nova Scotia Community College investigative journalism project “Untitled: The Legacy of Land in North Preston.” The documentary won an award from Amnesty International Canada and the Canadian Association of Journalists. For this work Angela was the recipient of the Judge Sparks award, and Burnley “Rocky” Jones Human Rights Award and in 2018 Canadian Association of Black Lawyers “Pathfinder” award. She has recently been acknowledged as one of the top 100 most accomplished African Canadian Black woman in Canada in 2020.

Angela is a strong communicator and leader who has effectively developed and implemented progressive initiatives, programs and services promoting fair policies, practices and procedures. She has presented to large and small groups of professionals, stakeholders, colleagues, and the general public. Angela has a proven track record in building relationships, gaining trust and maintaining credibility in partnerships and in various work environments. In 2019, she was Vice Chair of the Nova Scotian Electoral Boundaries Commission with Dr. Colin Dodds as Chair.